This type of entanglement resource offers not only considerable advantages for long distance quantum communication, but includes the potential to increase the Hilbert space dimensionality of the created states.

Our experiments are based upon the study of the latter possibility, with ongoing efforts to increase the dimensionality of the two-photon states up to eight dimensions for each photon. By now, the experimental scheme developed has been used to study entanglement of a two-dimensional entangled state.

The experiments performed in our group focus on studying the novel entanglement properties of these states and their suitability for novel quantum information schemes. Experiments on their entanglement and on their noncontextual properties, revealed respectively by a Bell test and by the Kochen-Specker theorem, are underway. 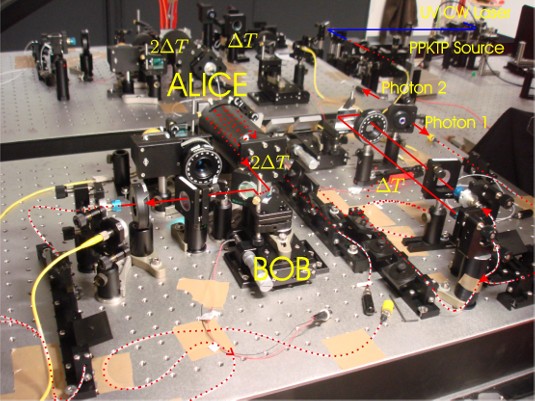